The Syrian conflict is one of the worst humanitarian disasters in recent history, with more than half of the country’s pre-war population; more than 13 million people; either killed or forced to flee their homes.

In Syria, people struggle to live in destroyed homes or are forced to live in a tent and make do of what assistance they can receive as compensation for what they have lost. In search of safety and trying to rebuild their lives, large numbers are fleeing to neighboring countries and many risking their lives trying to reach Europe hoping to find acceptance, opportunity and a better future.
Harsh winters and scorching summers worsen displaced people’s lives even more, especially for children, women, and vulnerable groups whose health, circumstances and abilities to withstand the torture and struggles of survival in the war-torn country, increases the risk of mortality.
When we consider the consequences of the conflict such as the wounded, detainees, amputees, casualties, millions of displaced people and refugees, in addition to the economic and social impacts, the effects of the conflict are devastating.

either killed or forced to flee their homes

Hundreds of Thousands of People

killed in the war

in efforts to help the Syrians

It All Started When…

Anti-government demonstrations broke out in March 2011, as part of the Arab Spring and peaceful protests escalated quickly due to the violent crackdown by the government, then armed opposition groups began to respond and that is when, the destruction and the now known “War in Syria” began.

What happened to the Syrians who were caught in the war?

The war killed hundreds of thousands of people in the 10 years which followed. Big cities have been destroyed, horrific human rights violations were recorded, and basic needs such as food items and medical care are in short supply.

How do Syrians flee from war?

Thousands of Syrians are internally displaced every day. They often take the decision to flee after their neighborhoods have been demolished or when their family members have been killed and have lost their lives. Those who flee looking for safer and more stable locations leave most of, if not all their belongings behind. They may have to travel long distances, unsure of when and where they will find their next meal. 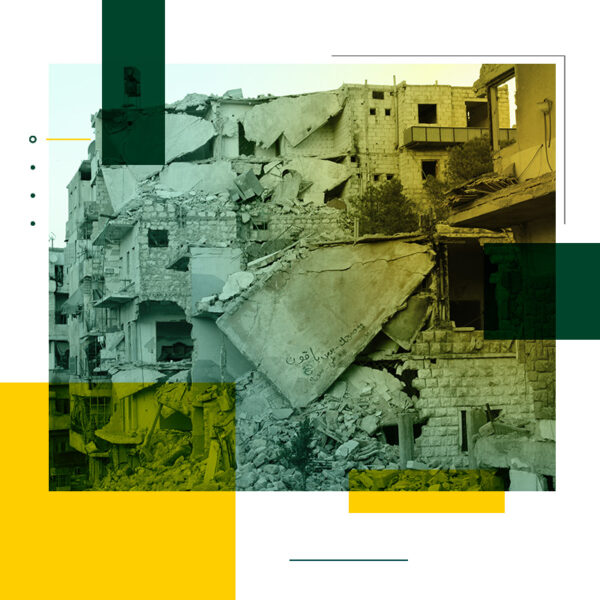 Our efforts to help the Syrians

What does Takaful Al Sham do to alleviate the tragedy of the Syrians?

Provide shelter for the displaced

Provide food for the camps

Provide clean water for the people

Provide clothing for all

The Syrian crisis has not only been labeled by the United Nations as the largest humanitarian catastrophe in human history since World War II, but more so by the gross harm it has caused on more than 6 million children and over 4 million families. This massive devastation has continued for 10 years; thus showing us the impotence of the international community. Further efforts through advocacy and solidarity by all humanitarian actors is needed to bring light to this tragedy and an end to the suffering.” Yasser Marrawi, Co-Founder and General Manager of Takaful Al Sham Charity Organization.